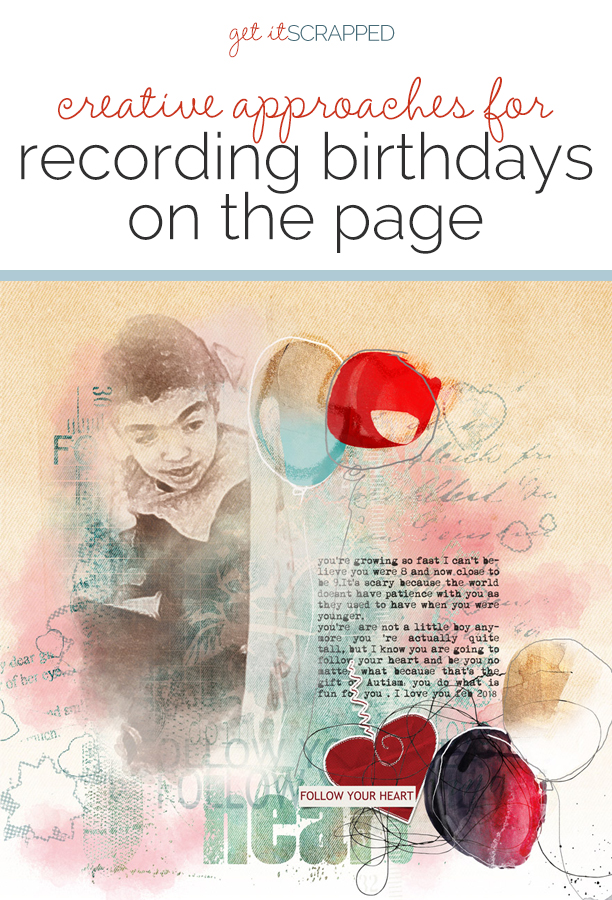 Birthdays are a topic that the average scrapbooker plans on recording year after year. Some of you use the same approach time and again, and others search for fun new approaches to record these milestone memories each year.

Our Creative Team shows you their ideas for telling birthday stories on the scrapbook page creatively.

Megan Blethen says, “My oldest son turned 13 last year. It has been hard for me realizing I have a teenager now. I wanted to make a really special layout to focus on my feelings of this new milestone.”

“I knew that I wanted to do a lot of journaling and some of it might be personal so I will be adding a letter just for Jonas behind the layout. I will add some basic journaling about my feelings inside the number 13 once I feel like tackling those emotions. The main focus of this layout is the Number 13 so I wanted that to be the biggest element on the page. I used my Silhouette Cameo to cut out a fun number. The photo of my son is there just for reference as to who is ‘Here & 13’. I don’t normally focus on anything but the photos, so this is a totally new way of scrapbooking for me. I really love how the number stands out and you know that this is a big deal. My eye doesn’t immediately go to the photo, but I know that this is an important layout and has a big story behind it.“ 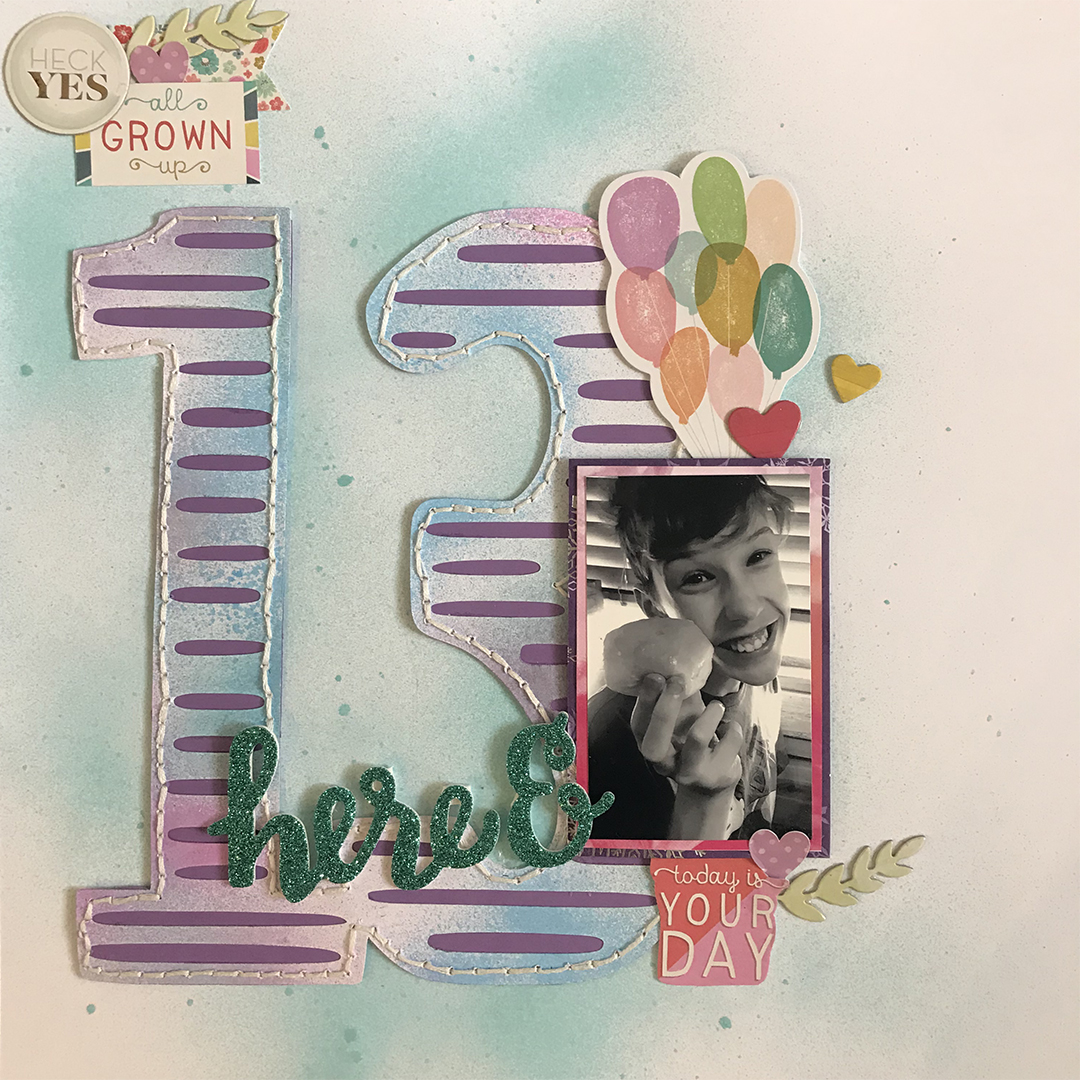 Jana Oliveira says, “This is a reflection page about a birthday that is coming up.”

“While I haven’t used many themed or birthday elements, the story and the balloons help identify it as a celebrations page. I don’t do themed layouts very often, and I don’t buy many themed elements, so it’s not something new for me to try to create something artsy that relates to certain themes.”

“I can do many pages about birthday or themes, and it doesn’t get repetitive because I usually take a less direct approach.” 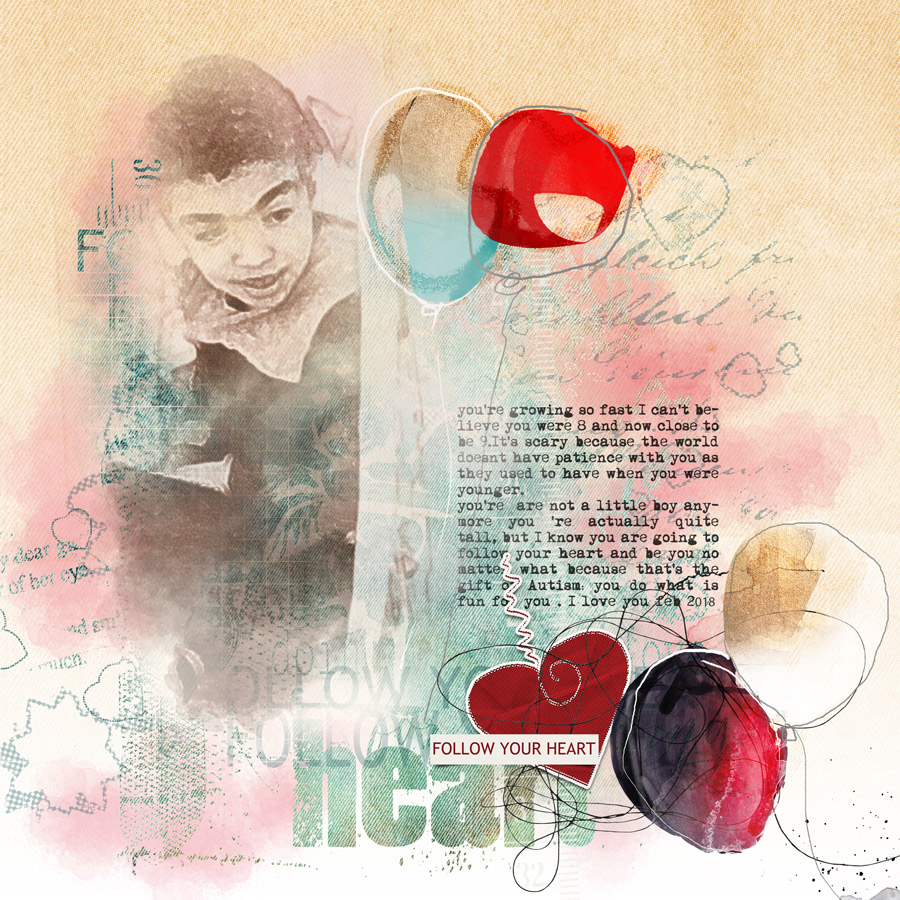 Marcia Fortunato says, ” In January I celebrated my 58th birthday so I made this page with a recent photo and a list of 58 random things about me.”

“In our family we tend to not make a big deal about birthdays – maybe just dinner with the family – so there’s not a lot to put on a scrapbook page. Other than the parties for my little grandchildren, I rarely scrapbook birthdays. But occasionally I will do a page about myself which simply lists a few things about me, and I felt that my birthday was a good excuse to do just that. Since I turned 58 that seemed like a good number of facts to include.”

“This is not a new approach for me, but it’s not one I do often. Six years ago I did a similar list, and it was interesting to look back and see how many things had changed, but also how many things had not changed. I think it would be interesting to use this approach for others also, but I think I would need to have them come up with the list, as I think it would be difficult to come up with that many things about someone else unless the person was quite young.” 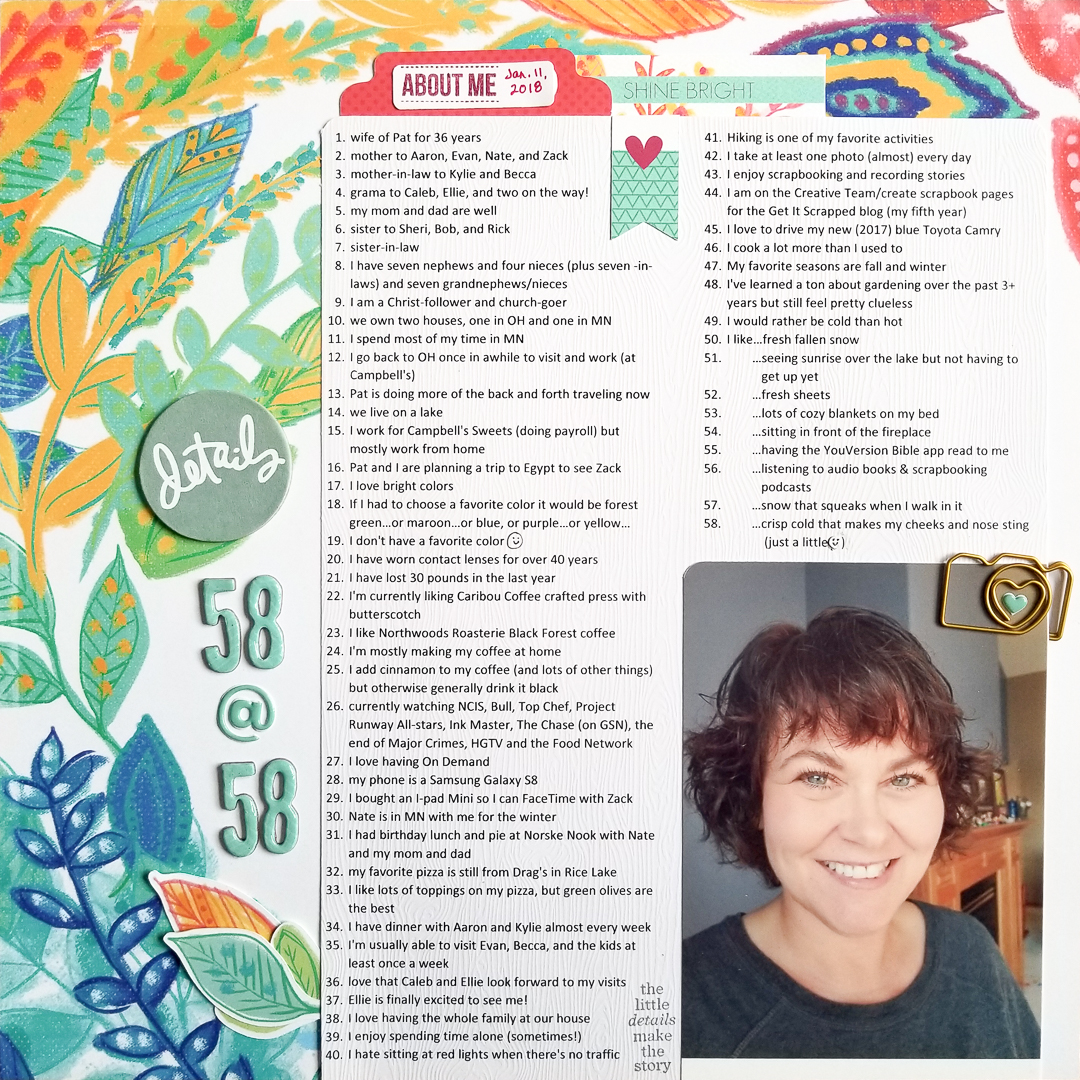 Lynn Grieveson says”These are my daughter’s 15th birthday photos. It was a workday and a school day, and her Dad and I both start work (from home) at 5.30am with deadlines, so I quickly snapped some photos of her opening her presents.”

“When I came to scrapbook the photos, I realised they were far from stellar, and I was about to crop her Dad out of the main photo when I decided to change my approach and use that photo big and in its entirety. It really captures life around here at the moment, and I suspect she will enjoy seeing it in the future, more than just another birthday page of presents and cake. I used selective coloring on the main photo so that she remains the focus, and I worked with the fact that she was holding the card in front of her face by playing with the idea with my big number 15 (hopefully turning it into a positive!).”

“I like that I captured the reality here while it still has fun and color. Teenage birthdays can be a bit challenging so I used the big colorful number and the colorful paper border to inject fun and brightness.” 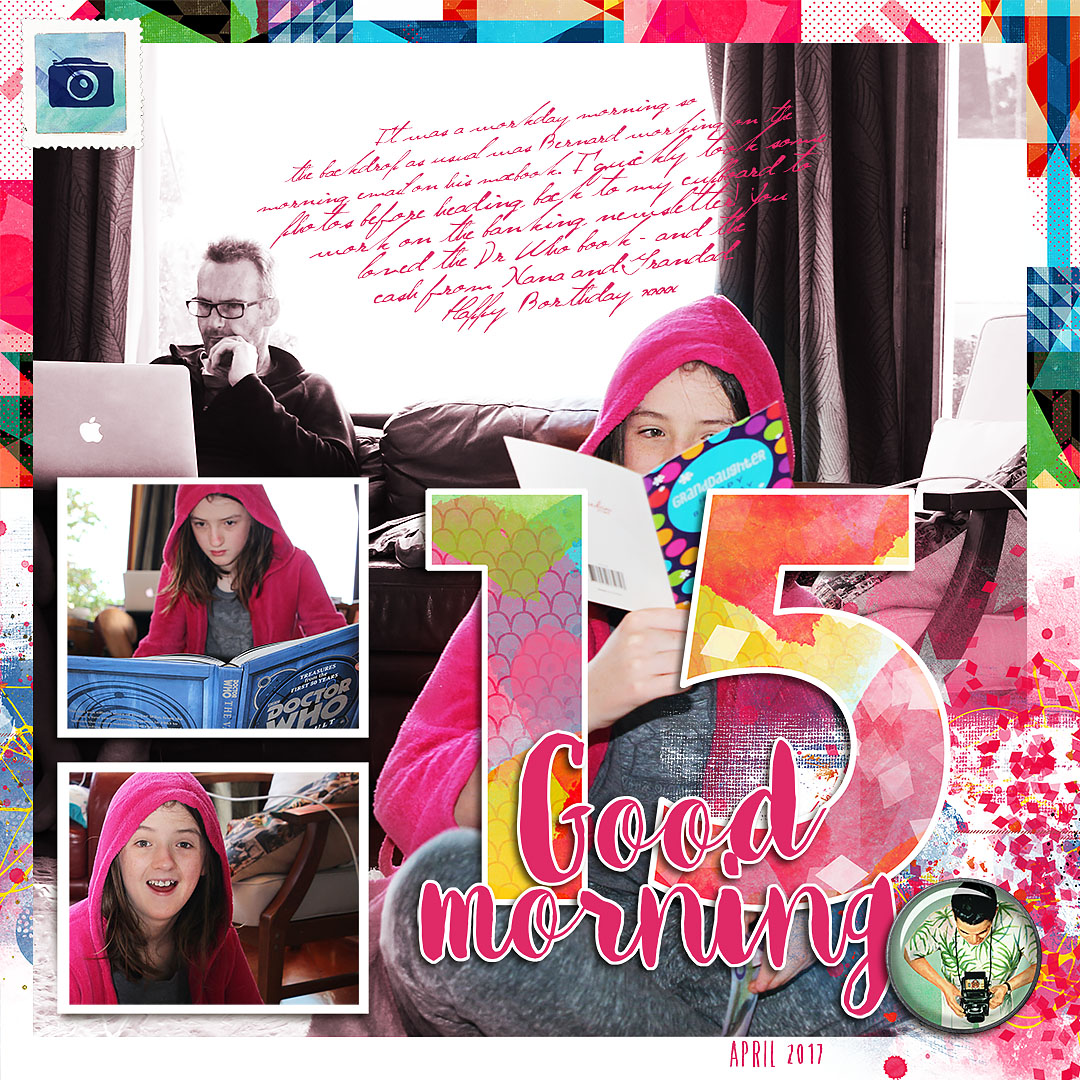 Kelly Sroka says, “I create weekly spreads in pocket pages to document my everyday life. When someone in my family has a birthday, I will show this fact on my layout by adding the age of the person in a special way.”

“On this spread, I highlighted my son’s 19th birthday with a glittered star and the number 19. I have used this approach to documenting birthdays since I began weekly albums in 2013. Since we may celebrate the birthday on a different day than the person’s actual birthday, I like to make a note of the day on my spread. Then I can create a page of the celebration. I love looking through my albums and seeing each family member’s special day.”