How to Re-Engage With and Finish A Stalled Scrapbooking Project 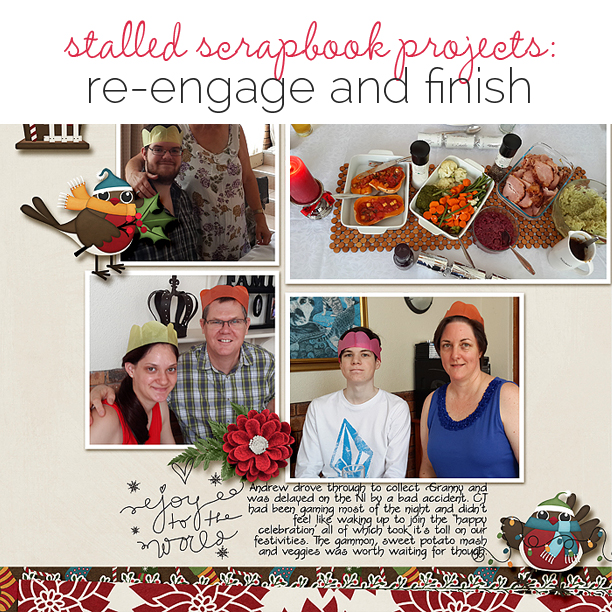 A project started with optimism and energy stalls. It happens to all of us.

So how do you re-engage with a scrapbooking project “gone stale?” Our Creative Team share their approaches to getting that  stalled project restarted and finished.

Marie Pierre-Capistran says, “Last year I started a Project life album that was supposed to cover the whole year. I never finished it.”

“I can’t exactly remember why I didn’t finish it but I’m pretty sure it’s because I had other projects that were more important than that one. When I say more important, I mean that I had to get them done for a design team assignment. That Project Life album was made for myself and had no hard deadline. That’s how I end up with unfinished projects.”

“When I picked up my unfinished album, I didn’t even know where I had left it. It was a great surprise to see that the pictures were all printed until the end of the year! I had left my album at Week 43, which is the end of October. My motivation was to keep it simple and to get it done quickly. So I grabbed one Project life kit (Project Life cards), and I started to look at the pictures and write down the stories. I also had some of my favorite embellishments on my table, lying around from other projects I was working on, so I used these and small labels, keeping everything very simple.” 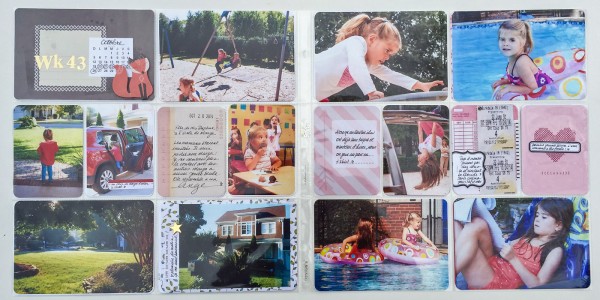 Stefanie Semple says, “I was really fired up, enthusiastic and determined to do a Document your December last year and I made it all the way through to the 25th and then stalled.”

“Christmas Day didn’t turn out as I had hoped. The middle child had been gaming all night and was uncompliant. Then a bad accident on the freeway meant that a trip to collect my Mom, that should have taken an hour there and back, took almost double that. So I was frustrated, and the photos show my lack of the festive spirit. I struggle to scrapbook the less than happy moments of our lives, preferring to pretend they don’t exist. However the passage of time allows me to see the funny side of things and to get even the challenging stories told.”

“Instead of starting with the photos and the story as I normally would, I started with a really cute product kit. The little bird all tangled up with the lights represented my feelings of frustration and made it easy for the page to come together. I often scrapbook backward, so from working with December 2015 photos I found it easier to go back to 2014 and got this layout done.” 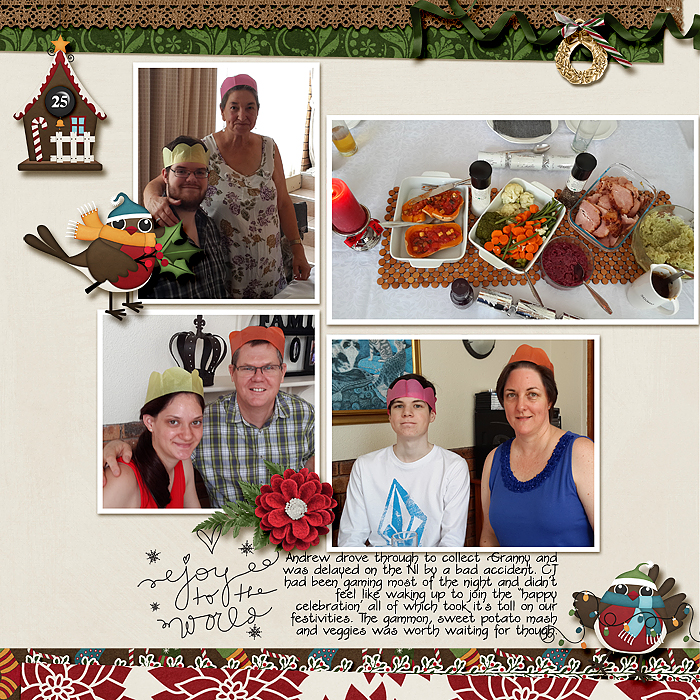 Devra Hunt says, “For my Grandfather’s 90th birthday, he wanted to throw out the first pitch at Dodger Stadium. We made that happen for him. That was in 2009, and I still haven’t finished making the album from the party.”

“My grandfather passed shortly after the party. At first, I was too sad to work on these photos, so I set them all aside. I would do a page here and there that didn’t have photos of my Grandfather in them, but there was no joy in creating them. I had bought some baseball themed product for his album, but it was so long ago, I no longer like it or want to use it.”

“Enough time has passed that I’m no longer sad looking at these photos. My Grandmother is ailing, and I’m feeling like I want to finish so I have one last, permanent, good memory of my grandparents together. It also helps that a new baseball proudct line has just been released that has really inspired me to work on this project.”

Terry Billman says, “The journaling of this page is about my friend extending a compliment on how my son was empathetic and compassionate with the family after the death of their father. I started a project of writing letters to my son. My husband and I were in our early 40’s when we adopted our son. I recently realized there is a strong possibility he will be young when he loses his parents. These letters are meant to provide insight, wisdom, and motherly advice at time when I may not be around.”

“This project went stale for two reasons: (1) I wanted a current photo for each page, and (2) a lot of thought goes into the journaling, which takes time to get documented. I finally decided to not worry about a current photo. If I had a photo, great. If I did not have a photo, then I would make a page without a photo. I started making notes when I had an idea and wrote the journaling within a day or two. I also decided to keep my pages simple, not worry about the design so much, and concentrate on the journaling and documenting my story. Keep in mind, each page does not have to be a masterpiece and the journaling does not have to be a novel. The focus is documenting your story.” 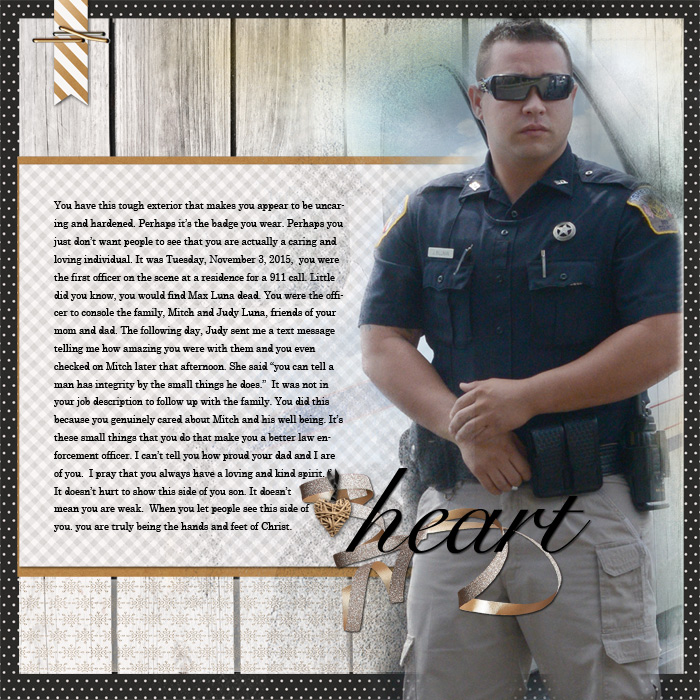 Marcia Fortunato says, “This layout, Going to Yellowstone, will be added to a scrapbook album about a vacation to Idaho, Wyoming, and Utah that my husband and I took in October 2012 in conjunction with our son’s wedding. Although I had completed several pages for this album, I still have a lot of photos and several stories that I never scrapbooked. I had printed most of the photos and put them in pocket pages until I could scrapbook some of them, but I just never got back to it as other projects got in the way.”

“To re-engage with this project, I browsed through my album and jotted down the stories that were missing. That way when I had time to scrapbook I already had the stories in mind. One of the things that made it easier to remember some of the timing and stories was that I’d actually done a simple mini-album during the vacation, plus I had put a group of supplies for the album into a basic kit so that gave me a starting point for my pages.”

“For others in this situation, I would recommend looking at the unfinished project, deciding what stories still need to be told, and choosing supplies that are similar in color and/or feel to those parts of the project already completed. Then just start!”