by Debbie Hodge | Write Your Story

Story Coach class #7 gives you the prompts and writing guide for telling a story about gifting in your own life — years ago or now. Consider a favorite gift, a gifting disappointment, how you gift friends or even the “gifting” culture in your family. Debbie’s “gifting” story follows. 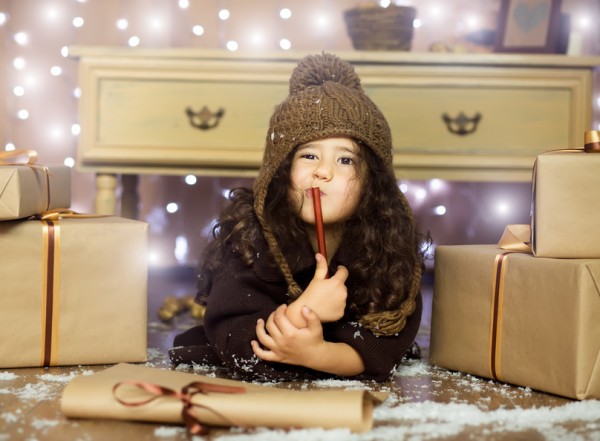 It was mid-November when Isaac discovered that, this year, Hanukkah fell on Thanksgiving: Thanksgiv-ukkuh was born. While we don’t exchange big Hanukkah gifts, still, Isaac took this as his cue to answer the question no one had yet asked him: What do you want for Christmas?

He found me at my desk and told me of this holiday convergence—and that he was thinking he’d like a new gaming system. Gaming platforms are my husband’s territory. My territory is the smaller treats: board games, stuffed animals, Steam money, t-shirts with clever sayings.

That same afternoon, Josh came home from a day with his girlfriend in Portsmouth and asked if I had work for him. He’d started his family holiday shopping and now wanted to earn money and get her gifts. Throughout the next day he turned his earnings into online purchases, coming to tell me of each one, happily describing the details.

“Hey,” he said, “I should probably figure out what I want to ask for.” An hour later he was back to tell me he’d like a gun.

“But it’s a Swiss gun,” he said. “You know how the Swiss make great watches–“

This is not how Christmas gifting worked when I was a child. My parents were big on surprises, while my husband and I are big on collaboration with the recipient.

“The two of you are so serious,” my mother-in-law said when were first married. “I guess that’s why you get along.” We are serious. And our family customs have evolved shaped by our particular quirks.

One of those quirks is that Neil can’t keep a gift secret. He’s Jewish and didn’t grow up celebrating Christmas. He’s not familiar with the gifting craziness that can go on in Christmas-loving homes, extreme efforts put into big boxes holding little treasures, the pursuit of a jaw-dropping surprise.

As soon as a gift is in his hands, Neil wants to know if it will be liked. “I got you shoes,” he’ll say. “Do you want to see if they fit? Or do you want to be surprised?”

His concern, though, over getting it right is endearing.

A second family quirk of ours is that Neil likes to shop, and I do not. He’s an economist, and his nature is to strive always for “optimal purchases:” the combination of a gift’s price, its ability to please, and its quality need to be in perfect balance. I tire of these details. We brought home three crib mattresses before Joshua was born. By the time Neil was finally satisfied with one, I was ready to throw the crib out the window.

As a result of Neil’s affinity for shopping and my avoidance of it, he is the front-seat driver of our family gifting, figuring out what we can afford, finding the gift, and getting it home. And then a week before a birthday or a holiday, I swoop in with my Internet connection and credit card and buy a few fun and slightly extravagant items. I add little surprises, but no one is ever astonished by my choices.

After dinner, when Neil was settled into his chair for the evening, I heard Josh go downstairs, to the shopper-in-chief, and say “So you know how the Swiss make really great watches?” Their talk went on and on, and eventually Isaac came to me.

“I went about things all wrong.”

“Dad thinks the system I want is too expensive, but now Josh has been talking to him about the–” Isaac stopped and made air quotes, “‘precision of the Swiss’ forever. He’ll end up getting a gun, and that’s way more expensive.”

Later I asked Josh if he told Neil he wanted the Swiss gun for Christmas.

“But you’ve been down there talking about the ‘precision of the Swiss’ for quite a while.”

Josh grinned. “Hey, can’t a son talk to his father? And I don’t really need anything, so, why not talk about it?”

What do you want for Christmas?

I recall, now, the Sears catalog of my childhood, so many items circled even though I knew I wouldn’t receive them all. And that was fine. I would get something that would please, and the supposing was just fun. And there were adult times in my life—when I first moved to D.C., while in grad school, as a new mom not working— when my parents asking what do you want for Christmas? was the only way I could get that pair of boots or a stack of new books.

On the other side of those years now, with a husband who buys me all the boots I could ever want, I’ve forgotten how I used to feel when asked: What do you want for Christmas? Josh doesn’t expect to get the Swiss gun, and while Neil told Isaac he’d get him that gaming system (he really can’t keep a secret), Isaac’s now considering other gifts.

This weekend wasn’t a full-court press for these particular gifts. Rather, it was about the pleasure of supposing, of savoring the idea that a bit of largesse will be coming your way, of looking at treasures you may or may not one day own, of considering their features and how they’d fit into your life.

My response to the boys should not have been a short, “Go ask your dad.” Rather I should have said, “Really? What’s so cool about it?” Because it’s fun to spend December days thinking on possibilities, to just go ahead and suppose when you have the good fortune to be asked: What do you want for Christmas?