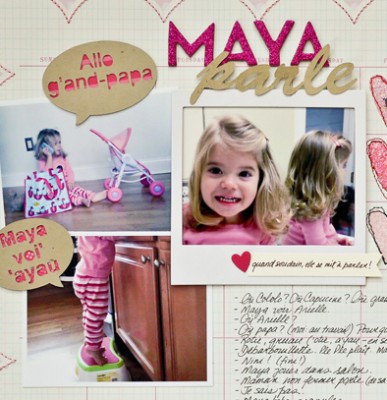 While all of the photos here are the same size, one stands out because Marie-Pierre has emphasized it with appeal, contrast, and added weight.

A focal point is the center of a design. It is the most important part (or parts) of a piece.

A scrapbook page benefits from having a focal point because without some variation in emphasis among the elements on your page, everything takes on the same level of importance, and the viewer has to find some way into your page on their own.

When you’ve got three photos and want one of them to be the focal point, your first instinct might be to make it larger. You’ve got other options for making a focal point, though, including: 1) appeal, 2) adding weight by coupling with other elements, 3) contrast, and 4) structure.

Our creative team took the challenge to make pages three same-sized photos  and to make one of them the focal point of the page.

emphasize with placement and added weight

Sue Althouse says, “The bottom photo on ‘Mt. Pilot’ is the focal point and I’ve drawn attention to it in four ways.” 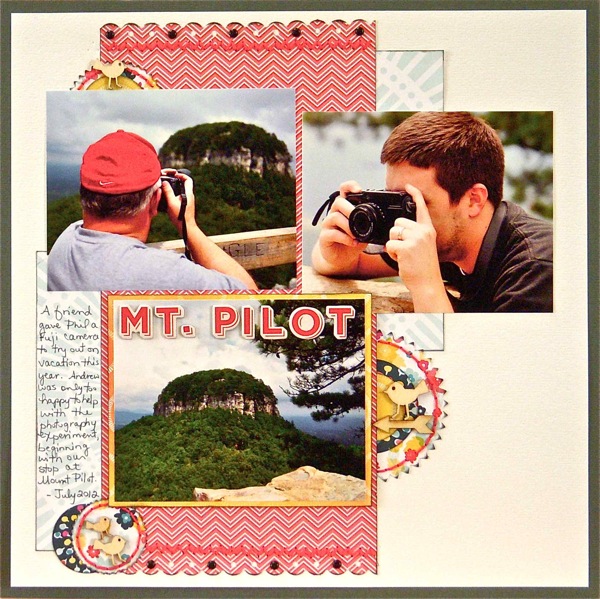 Marie-Pierre Capistran says, “My youngest daughter has had speech delays, and we had to get help,  and the situation suddenly became a very big deal. Here, I recorded some of the cute things my daughter is saying as she is starting to talk more and more.”

“I used three photos of her, and the close-up of her face is the focal-point of the page. It’s emphasized by its appeal (her cute face), its framing a polaroid frame, and its placement coupled with the title. I added a small caption “and suddenly, she started to speak right on the frame.” 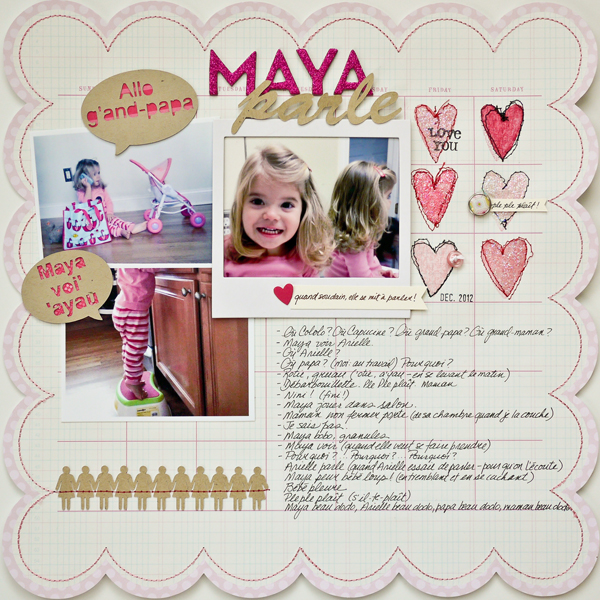 Amy Kingsford says, “On ‘Our Nature Nerd’ I duplicated a favorite photo of my son three times in a photo strip. The viewer’s focus is drawn to the center photo with because of the framing brackets, and the embellishing cluster next to it.” 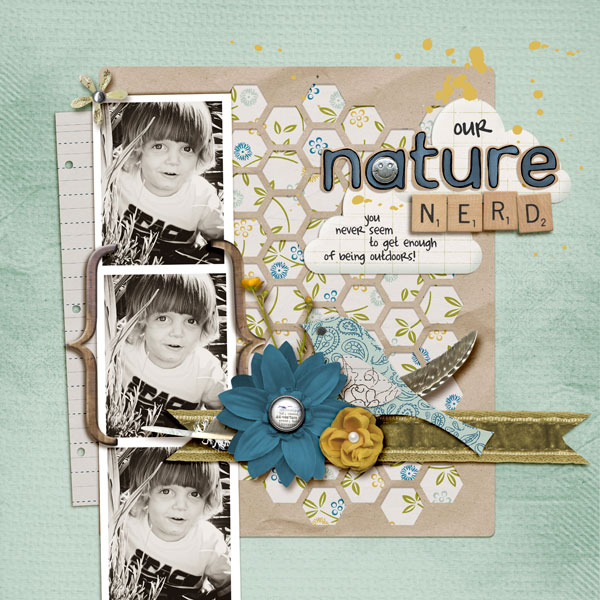 emphasize with contrast and added weight

Katie Scott says “These photos are of the kids playing outside after Thanksgiving. My son created a swing from a rope.”

“I used three photos to show the process of making the rope swing and then using it. I emphasized the photo at far right by:” 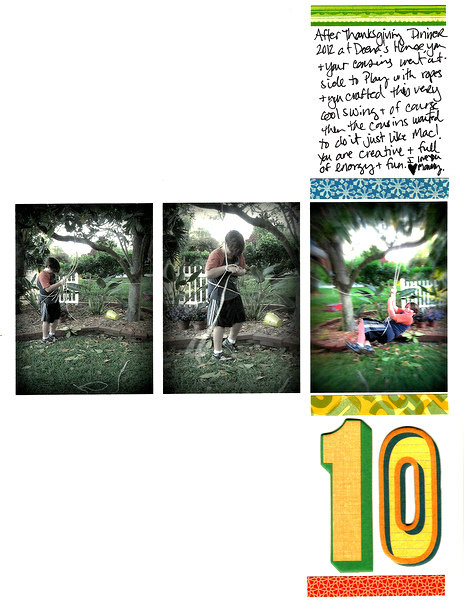 Chris Asbury says, “I set the blending mode of the two outside photos to ‘luminosity blend,’ and the center photo became the focal. I also added a photo glow (in overlay mode) over the focal point photo to enhance the color even further.” 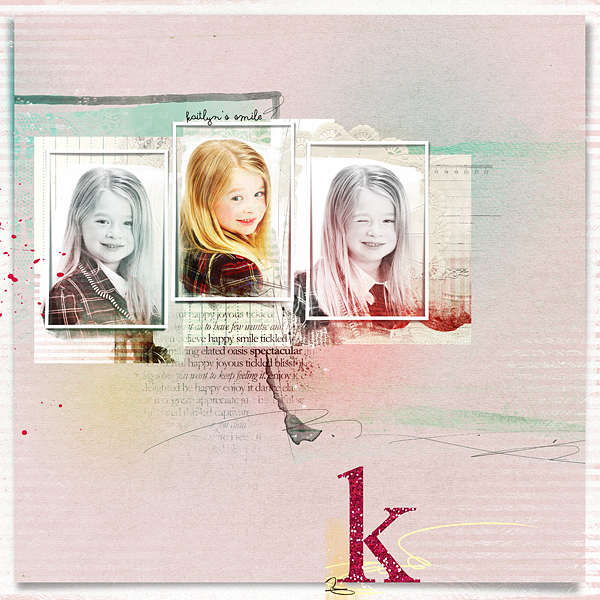 Meghann Andrew says, “On this layout, the middle photo is the focus. The subject is looking into the camera and this photo is double matted with yellow and blue cardstock.” 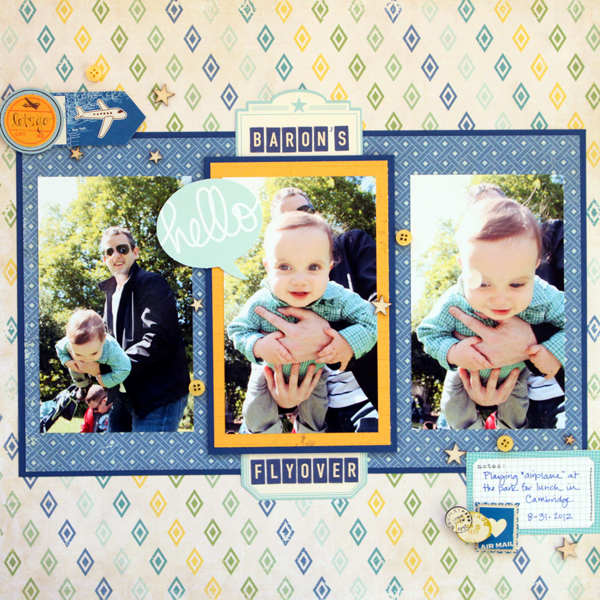 Tara McKernin says, “The center photo on this page is the focal point, made so by its central placement and its appeal–his cute expression over the Christmas wrap he was playing with.  I added wordart to the image, highlighted it with the colored versus grey cardstock. The images on each side are of smaller details.” 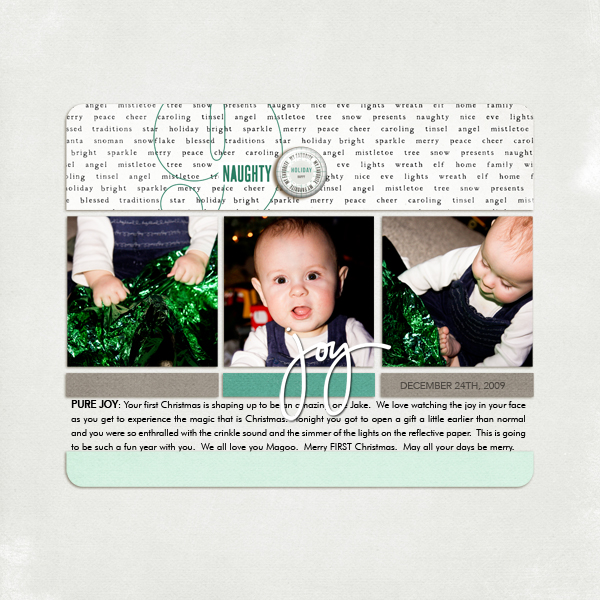 Magoo’s Joy by Tara McKernin | Supplies: Template from Tiffany Tillman’s Heart of the Holiday’s #06, Karla Dudley Heart of the holidays.

Doris Sander says, “I easily arranged three photos on the page by using a simple 2×3 grid.  The photos take up 3 sections of the grid. While the photos are all the same size and orientation, the top right one is clearly the focal point as the little girl is making direct eye contact with the viewer in that one and the title has been placed directly under it.” 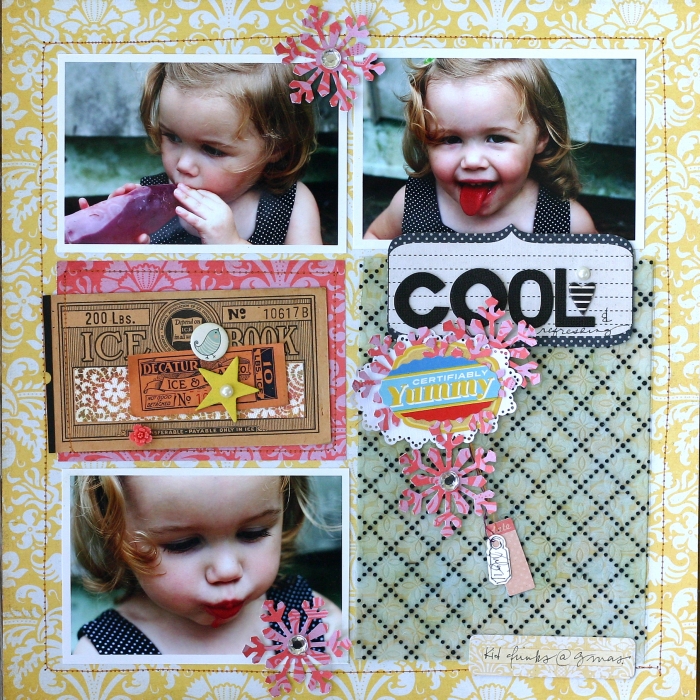 emphasize with contrast and added weight 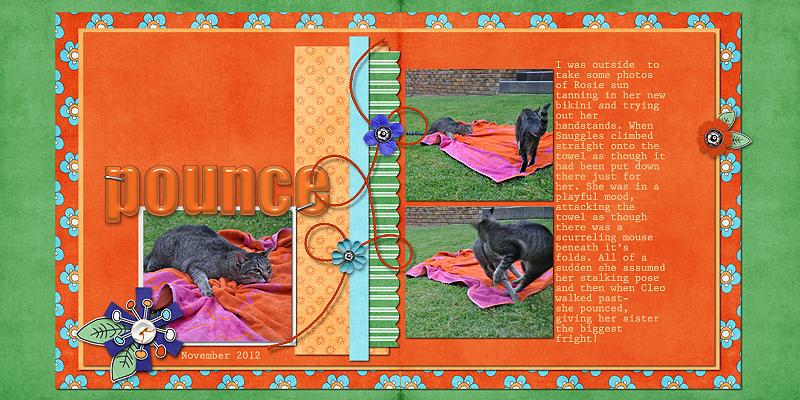