Step it up: a 3-step process for improved scrapbook page design

by Debbie Hodge | Composition, Get Started

Here’s a quick and easy way to get a scrapbook page started, improved, and then finally tweaked with small details.

It usually takes me 2.5-3 hours to make a page – no matter whether it’s paper or digital. In a quest to start speeding things up, I’ve come up with a process in which I just “get it down,” then make “macro” changes, and, finally, “micro” or detail changes. 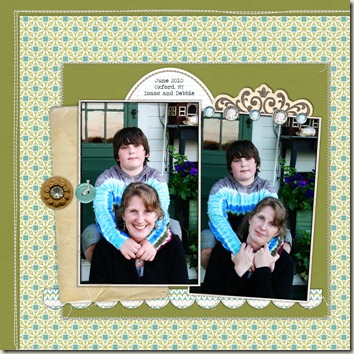 I finished the page by tweaking the details.

And that’s it! I think I made this page in about an hour – a record for me!

Check out the supplies for this digital page in my DesignerDigitals gallery.